Frontiers in Nanoscience and Nanotechnology 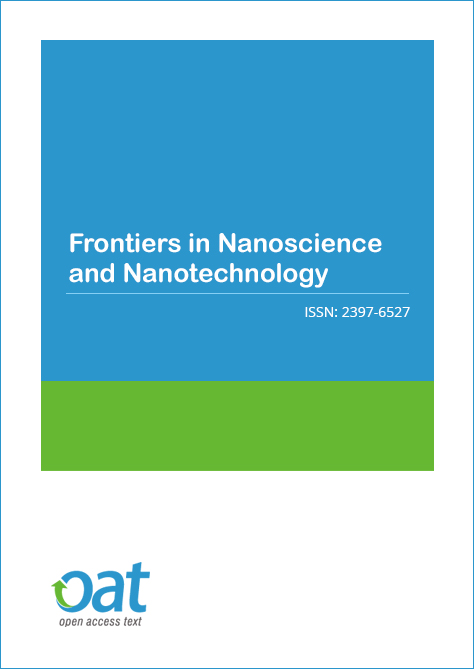 The Nanotechnology journal covers fabrication and processing of nanostructures from organic and inorganic systems including direct methods and self assembly, surface science, characterisation and modeling of such materials and their properties, including spectroscopies and scanning probe techniques, the development of new nano-imaging techniques, the development of new devices and new types of behaviour of such devices and structures, with relevance to sensing, nanophotonics, optoelectronics, nanoelectronics, nanospintronics, nanomagnetism, nano electromechanical systems, quantum information, nanomechanics, nanobiotechnology, nanomedicine, nanotoxicology, and nanomaterials for energy related applications.

The articles can be accessed online immediately on their publication. We are committed to providing authors with a rapid, fair, and constructive external peer-review process, with the goal of providing the majority of first decisions within 4 weeks.

Frontiers in Nanoscience and Nanotechnology Journal (FNN) is now open for submissions. You can submit your manuscript to:  submissions@oatext.com alternatively to: editor.fnn@oatext.com

Please, follow the Instructions for Authors. In the cover letter add the name and e-mail address of 5 proposed reviewers (we can choose them or not).

Copyright is retained by the authors and articles can be freely used and distributed by others. Articles are distributed under the terms of the Creative Commons Attribution License (http://creativecommons.org/licenses/by/4.0/), which permits unrestricted use, distribution, and reproduction in any medium, provided the original work, first published FNN, is properly cited.

*2018 Nanotechnology Journal Impact Factor is the ratio of the number of citations achieved in the year 2018 based on Google Search and Google Scholar Citations to the total number of articles published in the last two years i.e. in 2016 and 2017. Impact factor measures the quality of the Journal. If ‘X’ is the total number of articles published in 2016 and 2017, and ‘Y’ is the number of times these articles were cited in indexed journals during 2018 then, impact factor = Y/X. 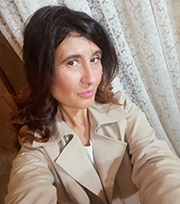 Dr. Federica Valentini is graduated in Chemistry (on 14th October, 1999) in Sapienza University of Rome (Italy). Her thesis work concerned the study of the role of Nitrous Acid (HONO), in the Arctic troposphere, during the Polar Sunrise (1998-1999).

During 2005 year, Dr. F. Valentini worked at the University of Arizona State (USA), especially in Biodesign Institute, working on new strategies for the electrochemical production of Nanomotors and Nanomachines, for their analytical applications in Cultural Heritage, Sensors field and Nano Medicine areas.

Since 2014, she is a member of the Faculty Board of the international PhD program Environmental, Energy and Health, at Sciences and Chemical technologies Department, in Tor Vergata University Rome (Italy).

Dr. F Valentini presents a consolidated background also in the context of the chemical functionalization of the cited nanomaterials, and their morphological and structural characterization, employing the most advanced high resolution materials technology.

Will be updated soon.

Curcumin nanocrystallites are an ideal nanoplatform for cancer chemotherapy

Curcumin nanocrystallites are an ideal nanoplatform for cancer chemotherapy

Epidimiological studies of different eimerian species and their identification in commercial poultry of southern Punjab, Pakistan

Hydrophilic and charged cartilage surface for reducing the friction coefficient

Graphene based mobile laboratory in medicine

Graphene electrochemical sensors for the detection of S 29:1-(2-chloro-2-(4-chlorophenyl)ethyl)-N-(4-fluorobenzyl)-1H-pyrazolo[3,4-d]pyrimidin-4-amine: an anticancer drug

The use of data mining and machine learning in nanomedicine: a survey

Survey-Frontiers in Nanoscience and Nanotechnology (FNN)

Opinion-Frontiers in Nanoscience and Nanotechnology (FNN)

Nanoparticles as mitochondria-targeted photosensitizer in photodynamic therapy of cancer

Opinion-Frontiers in Nanoscience and Nanotechnology (FNN)

Self-assembly of monomethyncyanine and merocyanine dyes: impact of the intramolecular dipole and substrate used

Nanotechnology: towards a “Joystick” Medicine

Editorial-Frontiers in Nanoscience and Nanotechnology (FNN)

Green Synthesis of Silver Nanoparticles by Pulsed Laser Irradiation: Effect of Hydrophilicity of Dispersing Agents on Size of Particles

A review on preparation methods of SNPs and their biomedical applications

Impact of metal nanoparticles on the morphological and physiological changes in plants: A review

A Review on Nanoporous Metals

The emergence of nano risk-immunity

All published articles are provided with DOI and are permanently archived at Open Access Text website in PDF and HTML formats.

Nanotechnology: Challenges and Perspectives in Medicine

Therefore, Frontiers in Nanoscience and Nanotechnology journal is coining a special issue on “Nanotechnology: Challenges and Perspectives in Medicine”.

The special issue topic vastly covers all the areas of Nanomedicine as well as the topic related to drug delivery, drug discovery and pharmacokinetic profiles.

Manuscript can be submitted at editor.fnn@oatext.com

Charges for all special issue manuscript is 1500$.

Frontiers in Nanoscience and Nanotechnology (FNN) is now open for submissions. You can submit your manuscript to:  submissions@oatext.com alternatively to: editor.fnn@oatext.com

Frontiers in Nanoscience and Nanotechnology is an Open Access journal and we do not charge the end user when accessing a manuscript or any article. This allows the scientific community to view, download, distribution of an article in any medium, provided that the original work is properly cited, under the term of "Creative Commons Attribution License". In line with other open access journals we provide a flat fee submission structure on the acceptance of a peer-reviewed article which covers in part the entirety of the publication pathway (the article processing charge). The process includes our maintenance, submission and peer review systems and international editing, publication and submission to global indexing and tracking organisations and archiving to allow instant access to the whole article and associated supplementary documents. We also have to ensure enough investment to secure a sustainable model which ethically, legally and financially stable.

The publication charges for Frontiers in Nanoscience and Nanotechnology are GBP 3000.

Why are your charges set at these levels?

All articles published in OA Text are open access. Open Access publishing implies that all readers, anywhere in the world, are allowed unrestricted to full text of articles, immediately on publication in OA Text Journals. The Article Publication Charges pay for the editorial and production costs of the journal, for hosting the website, publishing articles online, preparing HTML , PDF and XML versions of the articles and submitting the articles in electronic citation database like CrossRef.

Our financial goals are to:

Who will pay the APC?

Corresponding author or Co-authors has to make the payment on acceptance of the article.

When should I pay?

Corresponding author or the paying institutions should arrange for the payment once they are notified regarding acceptance of the article. APC is exempted for cases in which a wavier agreement has been made in-prior to submission.

*We request an immediate attention towards the payment as the articles will not be published unless the charges have been paid.

Authors or institutions can make payments by two modes as per their convenience.

Note: No taxes are included in this charge, taxes will be applicable as per the policies of the country of the payee. Additional transaction charges may be levied on the author.

Can I be eligible for wavier on APC?

The waiver request will be considered on a case-by-case basis, and will be provided accordingly.

*The Waiver requests must be made during the submission process and will not be accepted after  processing of the manuscript.

Do I have to pay if my manuscript is rejected?

No, Article processing charges will not be applicable for articles rejected by the Editorial office.

Are reprints of my article included in the article processing charges (APCs)?

No, Article processing charges (APCs) do not include the charges for the reprints. Reprints facility is optional and should be order separately.