Objective: To explore whether the odds of adverse pregnancy outcomes differs between Caucasian and African American women who conceived using In vitro fertilization (IVF).

Conclusion: African American women with singleton pregnancies resulting from IVF were more likely to have preterm births and deliver SGA infants compared to Caucasian women using IVF. Given that IVF use is generally limited to women with a higher socioeconomic status, our results provide further evidence that racial disparities in birth outcomes are unlikely to be attributable to socioeconomic status alone.

Infertility, defined as failure to achieve clinical pregnancy after 12 consecutive months of unprotected intercourse, is highly prevalent across the world. In 2013 alone, over 160,000 assisted reproductive technology (ART) cycles were performed in the U.S.(2-13)[1].Increase in the use of ART has prompted extensive research on multiple laboratory and patient factors that may affect the success of a cycle[2-7]. However, relatively little is known about the extent to which race may impact ART pregnancy outcomes.

In naturally conceived pregnancies, there are well-documented racial differences in pregnancy outcomes, with African American women at increased risk of poor outcomes including preterm delivery[8,9]. Although this difference is often attributed to differences in socioeconomic status, birth disparities persist after adjusting for maternal medical and socioeconomic risk factors, including smoking and psychosocial stress[10-12].Similarly, among socioeconomically homogeneous populations (such as enlisted servicewomen) compared to whites, black women are still at increased risk of preterm delivery, despite similar access to, and quality of, prenatal care[13]. Concerning in vitro fertilization (IVF) pregnancy outcomes specifically, data on pregnancy outcome differences by race is limited. Two studies have suggested that non-white ART users are at increased risk of adverse birth outcomes (preterm birth and small for gestational age) compared to white ART users[14,15].

Here, we build upon these findings using a large New York State population-based birth registry. In this geographic region, insurance coverage of IVF is extremely limited and as a result, its use is largely limited to women of higher socioeconomic status with adequate access to health care. This registry therefore provides an unusual opportunity to examine race in relation to birth outcomes in a relatively homogeneous population.

At the time of birth certificate completion, all women who deliver in the Central and Finger Lakes regions of New York (22 counties in total) complete a standardized perinatal questionnaire[16-18]including items on socio-demographics reproductive history, and the index pregnancy. These data are then linked to the clinical perinatal record (including fields on pregnancy, birth, and neonatal outcomes and complications), forming the Perinatal Data System (SPDS). For the current analysis (which included all births in the region occurring from 2004-2014), the eligibility criteria included: (1) singleton birth; (2) mother self-identified as Caucasian or African American; and (3) index pregnancy conceived using IVF. The institutional review board approved usage of the de-identified data prior to analysis.

In the current analysis, maternal self-reported SPDS data included: mother’s age, smoking history, employment status, WIC participation, Medicaid use, highest level of education, and use of IVF to conceive the index pregnancy. SPDS data derived from the clinical record and used in the current analysis included: height, maternal pre-pregnancy weight, maternal weight at delivery, gestational age at delivery, and infant birthweight. Pre-pregnancy Body Mass Index (BMI) was calculated as weight in kilograms/(height in meters)2. Gestational weight gain was calculated as mother’s weight at delivery (as recorded in the questionnaire) minus pre-pregnancy weight. When weight or height was missing from the clinical record, maternally self-reported SPDS data was used instead to derive BMI and/or gestational weight gain.

We calculated descriptive statistics (means, standard deviations, frequencies) for all variables of interest and then compared Caucasian and African-American women using chi-square tests, Fisher’s exact tests, and t-tests. Next we fit logistic regression models to the odds of having a PTB, vPTB, SGA or vSGA in relation to maternal race. A set of covariates was selected a priori for their plausible association with adverse pregnancy outcomes. These included: maternal age, smoking status, pre-pregnancy weight, gestational weight gain, Medicaid use, employment status, WIC status and highest level of education. In our adjusted models, we estimated odds ratios (and 95% confidence intervals) for the four adverse pregnancy outcomes among African American women compared to Caucasian  women (reference group). All analyses were conducted in SAS version 9.4 (SAS Institute Inc., Cary, NC) and results were considered statistically significant at p≤0.05. 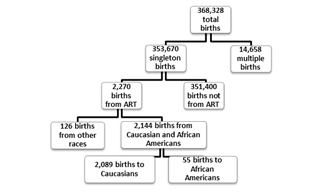 Figure 1: Determination of final sample size from all births in the Finger Lakes and Central New York Perinatal Data System (2004-2014).

* P-values were from either chi-square tests or Fisher’s exact tests and t-tests.

Compared with Caucasian women, African American women were significantly more likely to have preterm births and to deliver SGA infants. There was a (non-significant) trend towards having very preterm births and delivering very SGA infants as well, however the sample size for African Americans was small and the confidence intervals were thus wide. These findings are important given that previously, racial differences in birth outcomes have often been attributed to differences in socioeconomic status. Because of the extremely limited coverage of IVF in Upstate New York, IVF use is primarily limited to higher SES women in this region. Even with this homogeneity, we observed increased risk of adverse pregnancy outcomes in African American women.

Several previous studies of ART users have examined race in relation to fecundity or live birth, with conflicting results [21-23]. For example, a systematic review of studies examining maternal race in relation to using Society for Reproductive Technologies (SART) data found that African Americans had the lowest rate of live births following ART, followed by Asian and Hispanic women. Firm conclusions could not be made however, as the review found that over 35% of cycles were excluded due to lack of universal reporting of race. Most of the studies included in this review concentrated on live birth rate, as opposed to birth outcomes [24]. Indeed, to our knowledge, only two studies have specifically examined race in relation to birth outcomes in IVF-conceived pregnancies [25]. The first study drew upon the SART database, finding increased odds of growth restriction and preterm birth among the infants born to African American ART users compared to Caucasian ART users [26,27]. A strength of that study was the verified use of ART in the study population, however some of the key outcome data (including gestational age at delivery) were derived from maternal self-report. Nevertheless, the overall results agree with our findings of birth disparities among ART users in relation to race [14]. A second study, using Massachusetts birth and ART records again found that non-Caucasian ART users had increased odds of preterm birth compared to Caucasians. In that study, the non-Caucasian group comprised women who identified as African Americans, Asians, American Indians, or “other”, and data were not available for African American women alone. Unlike New York State (our study setting), Massachusetts law requires medical insurers to cover ART, thus ART users in Massachusetts are likely to be more socioeconomically diverse than elsewhere [15].

A strength of our study is its population based sampling strategy that allowed us to capture all of the births in the region, including all IVF providers. All 22 counties in this data set were within the Central and Finger Lakes areas of New York, decreasing the possibility of regional differences affecting results, although perhaps limiting the generalizability of our findings. Lastly, because insurance coverage for IVF is not mandated in New York and is excluded specifically from Medicaid coverage, the IVF users studied here were all of a relatively high socioeconomic status, as indicated by the limited use of Medicaid and high level of educational attainment. This homogeneity, which was lacking in previous studies on this topic, is particularly important given that socioeconomic status is a major confounder of studies of race and birth outcomes.

Limitations of our study include the small sample size of African American IVF users (n=55). In addition, we do not have data to further understand the small subset of women who conceived via IVF and also reported using WIC; in a state without insurance coverage of IVF procedures, it is surprising that there is any concordance between WIC and IVF use and those individuals may in fact be of lower socioeconomic status. Nevertheless, after adjusting for WIC use, disparities in birth outcomes remained. In addition, we did not specifically assess if preterm birth was medically indicated in our population, for example, due to preterm premature rupture of membranes (PPROM) or presence of infection such as chorioamnionitis. However, it is unclear there would be significant differences in medical indications for early delivery between races. The possibility exists that other, unmeasured confounders could have contributed to these results. For example, African Americans are more likely to have certain medical problems such as uterine fibroids, which could also increase their risk of preterm delivery [28]. In addition, IVF use was self-reported and although women’s recall of use of IVF to conceive is very reliable, we lack additional details on specific IVF protocols employed [29].

Our study has the potential to affect several aspects of reproductive health care. If race, independent of socioeconomic status, does indeed play a role in birth outcomes for ART patients, preconception counseling for these patients should incorporate this concern. Prenatal care should account for and incorporate this increased risk; IVF users are already at increased odds for preterm delivery compared to the general population[30]and our data suggest that African American IVF users may be at even greater risk. These risks may be further amplified in the case of multiple gestations, making counseling for single embryo transfer particularly important in this group. Further studies with a larger sample size (particularly of African-American women) may help to understand risks of more uncommon outcomes such as very preterm delivery and delivery of a very SGA infant. Given the relative rarity of those outcomes as well as of IVF use among minority women, combining several large population-based or registry-based data sets may be essential to pursuing this question further. Future studies on the influence of other maternal races and partner race on pregnancy outcome are warranted as well.

In conclusion, among singleton pregnancies conceived using IVF, African Americans had higher odds of preterm births and delivery of SGA infants. There were also trends toward higher odds of very preterm births and delivery of very SGA infants. Racial disparities in birth outcomes persist in IVF pregnancies and are unlikely to be attributable to socioeconomic status alone.

The Finger Lakes Perinatal Data System and the Central New York Perinatal Data System are funded by the New York State Department of Health. Dr. Dye and Dr. Li are supported by the University of Rochester’s Clinical and Translational Science Award (CTSA) number UL1 TR000042 as well as from the National Center for Advancing Translational Sciences of the National Institutes of Health.

©2016Alur S. This is an open-access article distributed under the terms of the Creative Commons Attribution License, which permits unrestricted use, distribution, and reproduction in any medium, provided the original author and source are credited.